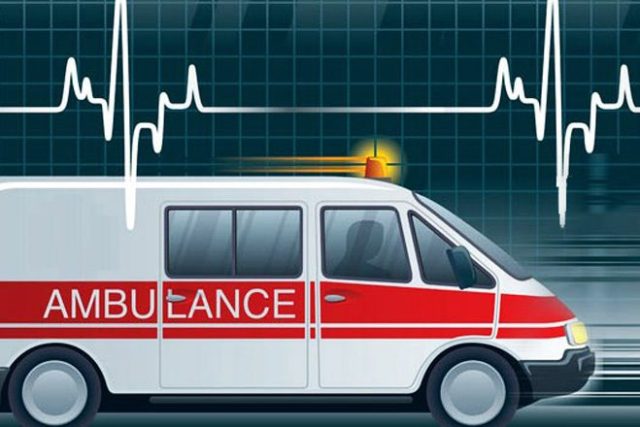 There is a definite need to relook and review the basic principle of operating Emergency Ambulance Services in India.

When we look up for Emergency Management Services( EMS) in India, three services predominantly are displayed. Police, Fire and Ambulance. While the first two are State owned, State run services, the Ambulance service in India is largely run by a few companies , privately owned and operating in a Public , Private Partnership(PPP) with the government. This may be due to the sheer scale of operations, keeping in view the large population base the country has. For those who are new to these Jargons, a PPP model is a partnership between the government and a private entity selected to run the operations either through a tender or nominated based on certain technical and financial credentials.

A public Private Partnership in the EMS sector would mean that the assets (Ambulances) would be owned by the government (although in some cases the private partner would bear the cost of the assets), operations undertaken by the private party and the cost of operations borne by the government based on a predetermined agreement between both the parties. The entire gamut of ambulance services hinge on an Agreement, both for tender and Nomination forms of selecting the service provider. The contract signed by the parties makes the private component a ‘Contractor’ by default and this entirely defeats the purpose and the sanctity of a PPP model. The state authorities must assume the role of cooperative stakeholders and not be mere punitive administrators instead. Ambulance services in India are still in a very nascent stage and are evolving with time and technology interventions in the present times. It is in a stage of trial and error as is the case with any evolving ecosystem and errors must be treated as opportunities for improvement rather than imposition of disproportionate monetary penalties on the service providers.

The Emergency services is an unpredictable and a demand based market. No service provider or the state can make categorical and definitive assumptions of the demand that may be generated for an ambulance. Most KPIs are based on historical data. In marketing management, any service can operate on two different types of strategies. ‘Push strategy’ where the service provider pushes the service into the market and the ‘Pull strategy’ or a demand based strategy where the service scales are dependent on the pull from the market for the service. It doesn’t need a genius to understand that Ambulance services are based on ‘Pull Strategy’ as it is a demand based strategy, the demand arising from the requirements of the public. However, most agreements in a PPP for emergency services inherently assume that an ambulance has to deliver or serve a certain number of patients or run a certain mileage on a daily basis. The service providers are left to fathom how this can be achieved, mostly defaulting and accruing losses on their balance sheets.

The contracts are generally ripe with innumerable Service Level Agreements (SLA) which provide benchmarks for the service provider to meet the Key Performance Indices (KPI) during their course of operations. A cursory glance at these KPIs is enough to indicate that they are skewed and most of them have been adopted from the more developed, occidental countries where the conditions of operations are very different and infrastructure modernized. For example, the efficiency of the service is measured in terms of ‘Response time’, the time within which an Ambulance reaches the patient after it has been assigned. That the response time in the most populous state in India is 15 minutes is in itself a Herculean task, compounded by road congestions, road conditions and inaccessibility of most areas of dwelling by an ambulance.

There is a definite need to relook and review the basic principle of operating Emergency Ambulance Services in India. We have two kinds of models, first a nomination by a state and secondly a tender based service. States like Gujarat have adopted the Nomination model and are running efficiently with due cooperation between the government and the service provider. A more refined model would be an amalgamation of management in running such services, where government must depute its officials in operational management of the ambulance along with the private players thereby creating a hybrid management team in place of the hierarchical set up at present which is based on the archaic contactor and principal employer model.

The Ambulance services have to brought under the ambit of Nomination model only where focus is given more on the service to the public rather than on the expenditure/ revenue columns in the balance sheet as in a tender model. At present, the system is in a stage of evolution and is malleable to change. It is in the interest of the Emergency Ambulance Services that experienced and radical minds both from government and private partners congregate and arrive at a plausible solution that is more indigenous and viable to the Indian sub continent, than adopting models and aping procedures from other developed countries where the geography and demography are undoubtedly different.

{DISCLAIMER : Views expressed above are the author’s own.}